The piece, named The Returning Soldier, has been installed as part of this year’s 200 year anniversary of the Battle of Waterloo and commemorates the everyday people behind one of the most influential wars in British and European history. 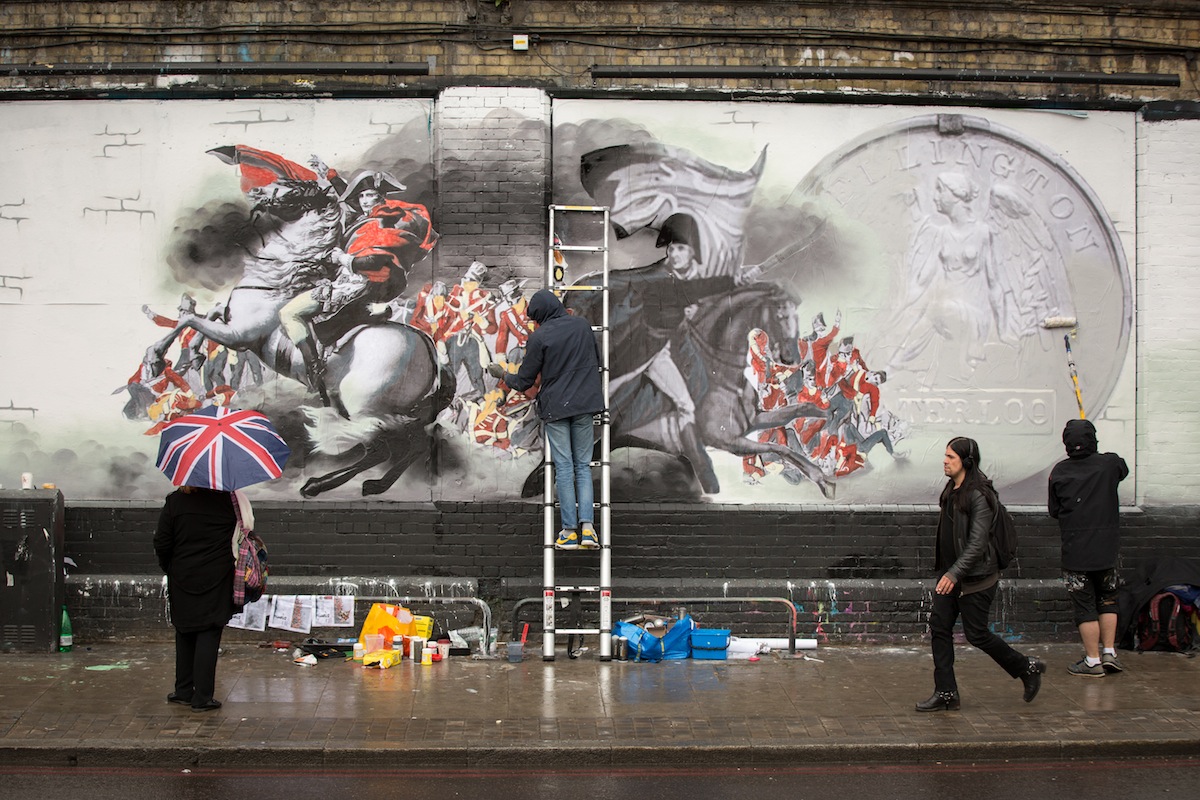 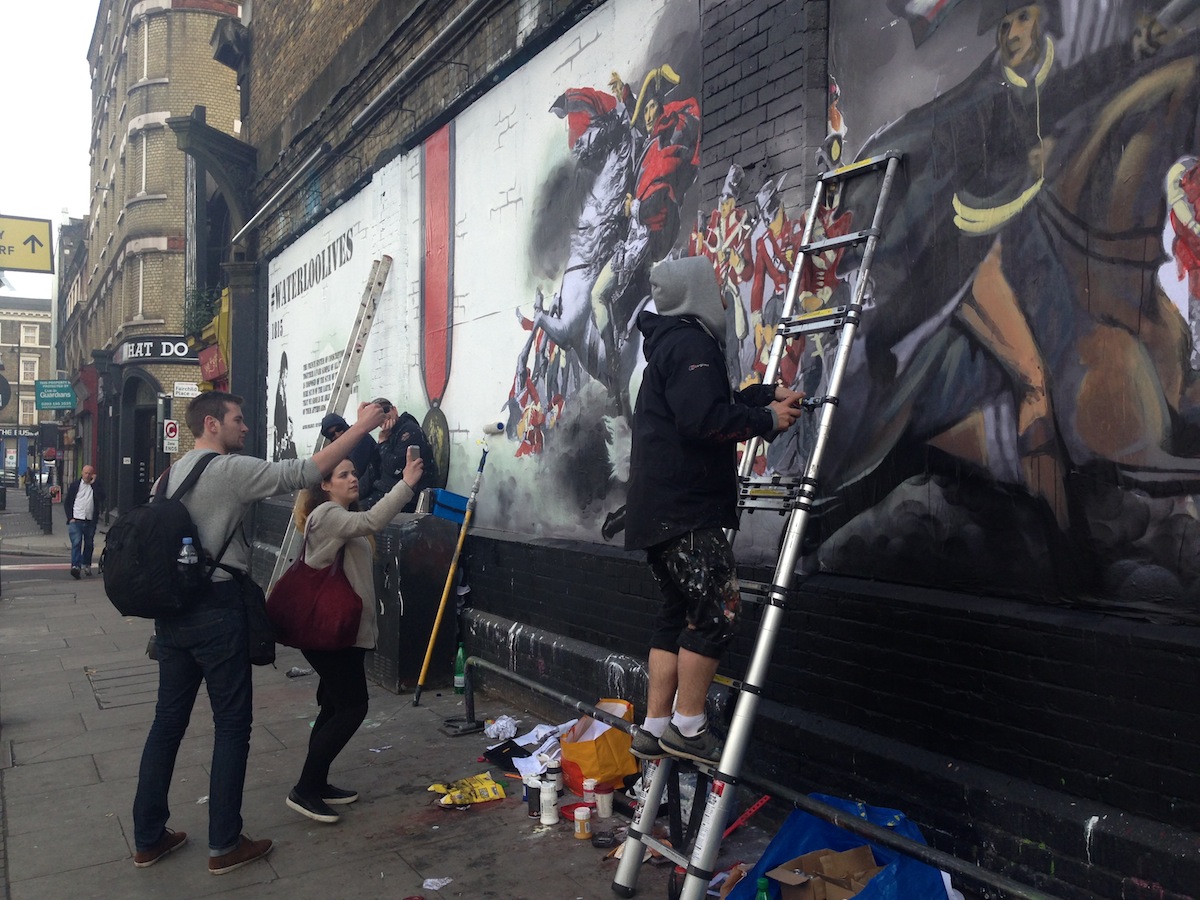 Measuring 20 metres long and three metres tall, the installation took 16 hours to complete (during unseasonal hail and lightening storms) and was a collaboration between NAM and Sketch Events, who commissioned artists from RareKind to bring the concept to life using a range of styles from Banksy-style stencilling to hand painted signage. Painting began a month before the bicentenary of the battle.

Passers-by are asked to share pictures of the street art using #WaterlooLives, as a personal tribute to all the men and women who have served over the last 200 years. For every share, there’s also the chance to win a scaled replica of the design, created by the artist.

For more information about the National Army Museum’s Waterloo Lives programme, or to learn more about the Battle through digital gallery of 200 objects visit waterloo200.org.