EasyJet is a low-cost airline founded by Stelios Haji-Ioannou in 1995. Based in the UK, easyJet is now the nation’s largest airline by number of passengers carried.

Ryanair is a low-cost airline founded in 1985 with headquarters in Ireland. CEO Michael O’Leary is well known for his ‘no-nonsense’ approach to media communications.

Can easyJet’s focus on customer experience in marketing see them steal a march on Ryanair? That’s the question posed by Third City Partner Mark Lowe

On the same day that Michael O’Leary called a Facebook critic an idiot, easyJet said it would get rid of the much-hated pre-flight ‘scrum’ by bringing back allocated seats. Does this mark a new chapter in the marketing war between the budget airlines?

The dividing lines are clear. O’Leary’s relentless focus on price makes his CRM strategy brutally simple – he doesn’t have one. 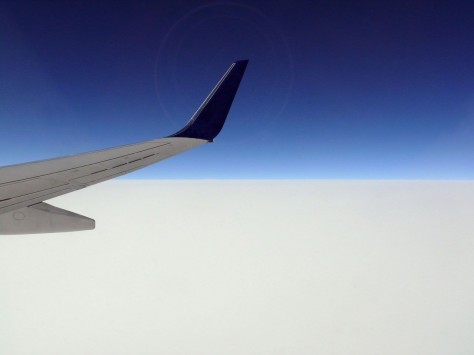 Meanwhile easyJet is gradually moving in the opposite direction, with Chief Executive Carolyn McCall appearing to believe that improving customer experience just a little might give them a competitive advantage.

Could this be the moment that easyJet steals a march on its rival’s relentless rise?

O’Leary’s approach is certainly decried by marketing types, who feel that he has been breaking the rules for too long. As Gordon Macmillan recently blogged: “It is almost like Ryanair exists in a parallel world, out on the Fringe, and pays no attention to what is happening here at all.”

It’s understandable that people who package and sell social media-focused CRM strategies would be upset when a company enjoys massive commercial success, while rejecting them out of hand.

So Ryanair’s success should give us agency-types pause. Too often, we tell clients that their customers want to be ‘engaged’ or ‘delighted’ when actually they just want stuff that works, at the right price.

But it’s also true that Ryanair’s approach would never work in a market where free and fair competition existed. O’Leary’s price-based proposition has been used as a battering ram to establish market dominance, control major routes and then strip back the customer experience.

He fired the starting gun in a race to the bottom and as a result, ‘shock’ charges, poor boarding facilities and queues get thousands of family holidays off to a thoroughly unpleasant start.

McCall’s announcement was hardly altruistic, given the graded charges that easyJet is introducing for seating privileges, but at least she’s saying that she wants to change the rules.

If it means that airline customers will be offered a middle ground between hell and needless luxury, then good luck to her.

This piece originally appeared in The Drum

The Sun Sets On The New Day

Third City does One Good Thing