The Guide Dogs for the Blind Association is a British charitable organisation founded in 1934. Guide Dogs helps blind and partially sighted people across the UK through the provision of guide dogs, mobility and other rehabilitation services.

When it comes to sight loss, the British public are confused. People continue to buy into common stereotypes, or simply don’t want to consider what a life with a visual impairment would look like.

To help challenge these commonly held views – and demonstrate how people with sight loss can live the life they choose – we created the #MeetaHero campaign for the charity Guide Dogs. The digital campaign centred on a video of one of our service users – 15 year old Rainbow – meeting his hero Manchester United Star Marcus Rashford at the official training ground .

Football-mad Rainbow has been kicking a ball about since he could walk, but it was thanks to support from Guide Dogs that he developed the confidence to pursue his football dreams. He recently scored the winning goal for his team at a tournament in Belgium, and his ultimate ambition is to play for England’s national Blind Football team.

The 2-minute video saw Rainbow and Marcus discuss their shared love of the beautiful game, plus their most embarrassing moments on the pitch and ambitions for the future. Midfielder Jesse Lingard also popped by to say hello and the two England stars signed Rainbow’s football, gifted him a new shirt and even asked if they could attend his next game.

The film was seeded across Twitter, Instagram and Facebook, plus was promoted through media relations and unpaid footballer influencer outreach. This resulted in over a million views and 2.17 million impressions on the Twitter video to date.

Hero coverage appeared in top-tier publications such as The Mirror, BBC Online, Mail Online and on Match of the Day. Unpaid influencer support was also a great success – with Marcus Rashford tweeting to his 1.4 million followers and celebrities including Gary Lineker and Rachel Riley sharing the film online. 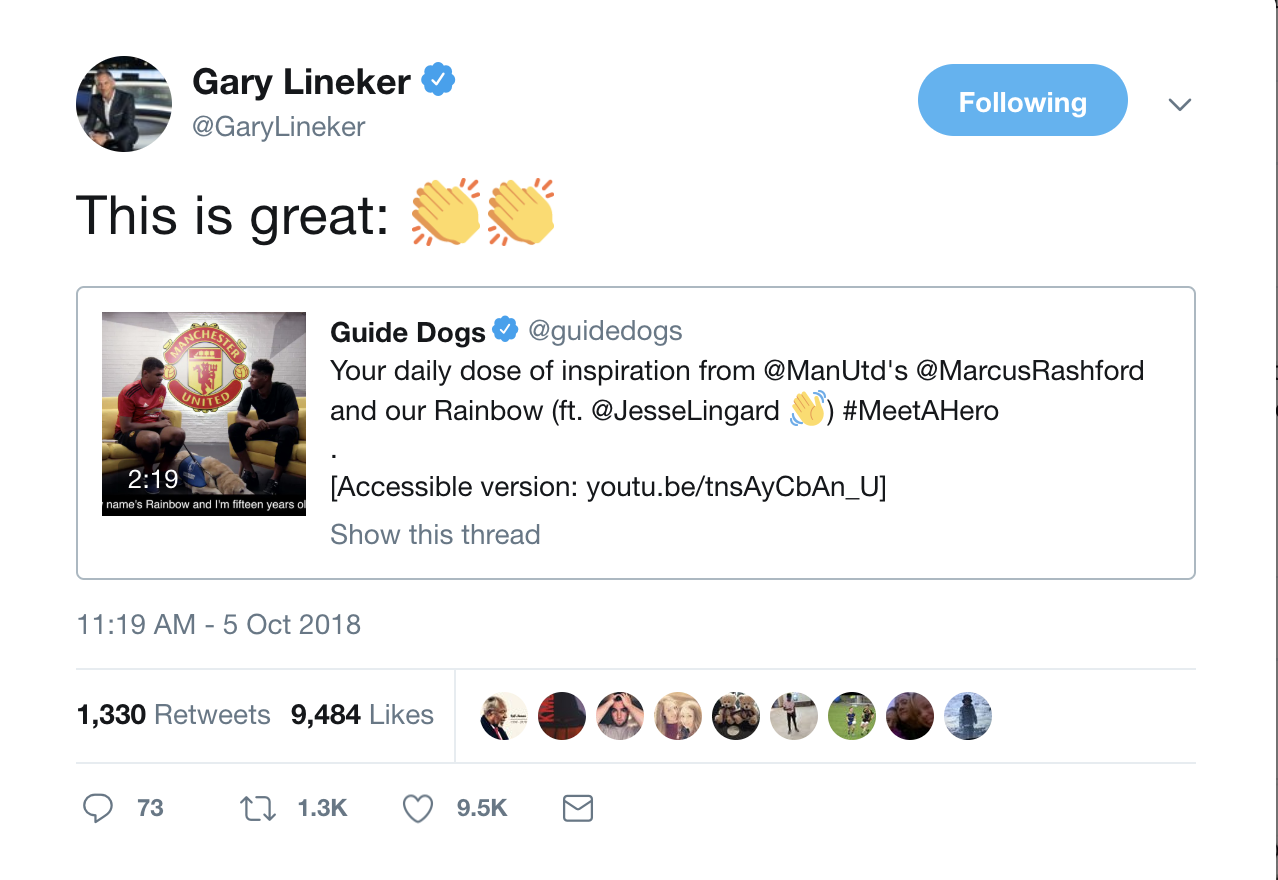