Credit Karma is a personal finance company best known for providing free credit scores. With a $4 billion valuation, it is one of the most well-known fintechs in the US, using data-driven insights to identify the best financial products for its 90 million members. In 2018, Credit Karma acquired UK company Noddle to expand into Europe. 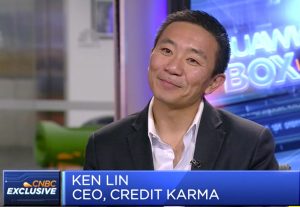 We built a narrative focusing on the company’s strategy for growth, its plans to open a base in London, triple headcount and start a full-scale TVC campaign; while tackling scepticism of fintechs among UK business and banking press by reinforcing Credit Karma’s 12 years of experience and history of profitability.

An exclusive with The Telegraph Tech Intelligence broke news of the deal closure, with subsequent coverage in key trades, including AltFi and The Fintech Times. In addition, 14 top-tier media briefings were secured among them a first-run live interview on CNBC’s Squawk Box, and meetings with Bloomberg, Reuters, BBC Business, Sky News with Ian King, The Telegraph, City AM, Quartz and Financial News.

Coverage highlights include the FT and Sifted.