After a successfully funded crowdfunding campaign in December 2017, Team Dig Hill 80 are currently excavating a well-preserved German strongpoint at a ridge top known as 'Hill 80' near the village of Wijtschate in Belgium

We worked with the team at Dig Hill 80 to bring the final details of a little known WWI battlefield to light.

The formidable trench fortification on top of a hill near the city of Ypres in Flanders has been revealed as the final resting place for 130 soldiers on both sides of the conflict – some as young as 15.

Thousands of fascinating artefacts including religious paraphernalia, rare pistols and even a can of historic antacid have been uncovered by the dig – painting a unique picture of some of the realities of life at war.

The entirely crowd funded excavation drew to a close this week and the process of formal identification and repatriation is now underway. The team on site were proud to not leave a single fallen soldier behind.

Coverage was achieved on BBC Breakfast, where Patron Al Murray spoke in detail about the project.

This was accompanied by a double page spread in the Express and further print pieces in The Times and The Sun. We also secured a host of online pieces including Metro and Daily Mail. 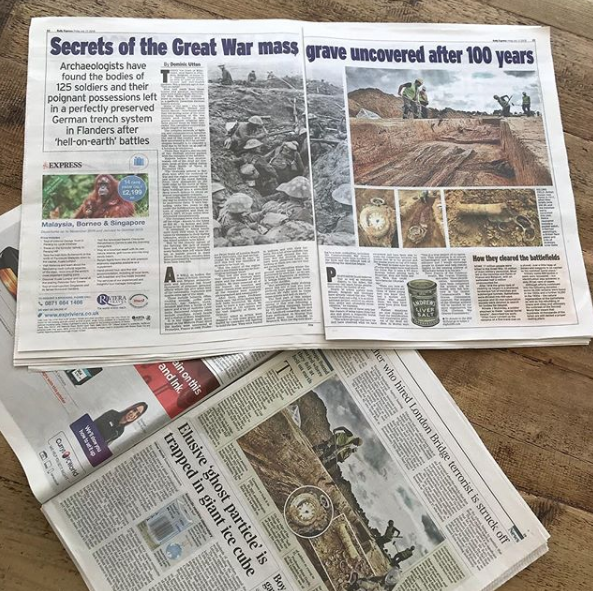