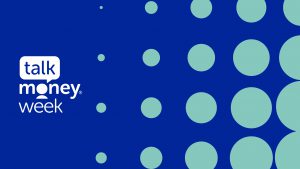 For the past two years, the Money Advice Service has run Financial Capability Week to raise awareness amongst the public and bring together the various sectors involved in personal finance to tackle money issues.

However, the biggest challenge is breaking down the cultural barriers to talking about money in the first place.

We developed a new brand umbrella, Talk Money Week, to house the weeklong campaign that encouraged everyone to talk more openly about money issues.

Our ambition was to create five headline bursts across the week, bring a range of stakeholders on board, to reach consumers and get everyone openly talking about money.

We created fame by promoting big moments during Talk Money Week – with a focus on one of the five key themes per day. Monday: debt, Tuesday: savings, Wednesday: pensions, Thursday: credit and Friday: personal finance education.

The campaign achieved coverage in news, events, and influencer activity on each day during Talk Money Week via Money Advice Service and partners including Monzo, HMRC, StepChange and Age UK. 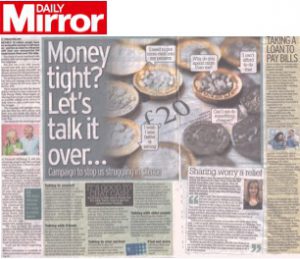 Major national news coverage including a double page in the Mirror

30% uplift in calls to the MAS helpline; 14% increase in website traffic

Cooking For A Crowd